Go to US Store

We seek out the highest quality ingredients from suppliers that take the top 11 food allergens and gluten control as seriously as we do. Nothing else will do.

What you see is what you get. If it’s not detailed on this list, we simply don’t use it. There are no hidden preservatives, fillers, processing aids or additional vitamins and minerals. And because we believe that consumers should have a choice about ingesting genetically modified foods, all ingredients are documented as non-GMO.

For information about our dedicated facility and specific allergen declarations, please see our Allergen Declarations page. 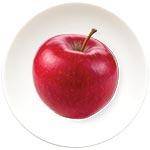 All natural dried chunks of apples are full of flavour and have absolutely nothing else added. You’ll even see that our apples are brown because they have no sulphites on them. And because only water is removed in the drying process, you still get all the fantastic health benefits of eating an apple like soluble fibre and Vitamins A and C. 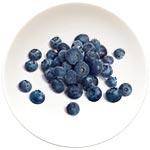 You'll find these tasty dried blueberries in our oatmeals brimming with natural flavour and goodness without any added preservatives or sweeteners. And when you add the hot water for your oatmeal, they plump right back up so that they're the next best thing to adding fresh, antioxidant rich blueberries to your morning. 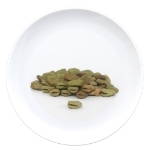 Made with Canadian grown broad beans, this protein powder is 100% vegan and is much less reactive than pea and soy proteins for food allergies. Used in our plant based protein bars, broad bean protein has a complete amino acid profile and is higher in arginine, glutamine and BCAA than pea protein to aid in muscle building and recovery. 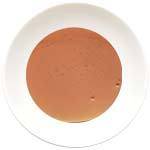 This certified gluten free syrup is made enzymatically from whole brown rice and is a honey-coloured syrup with a mild flavour. We use it to both sweeten and stick together our bars and granolas. 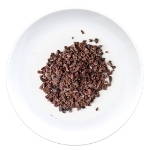 The base of all chocolate, cacao nibs are the roasted and chopped cocoa beans from inside the cocoa pod. The ultimate in dark chocolate with naturally low sugar, they add the crunch to our chocolate cacao protein bars. 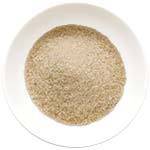 White cane sugar is often filtered through bone char, bleached and then refined and white beet sugar is now most prevalently made from genetically modified sugar beets. Evaporated cane sugar (sometimes known as evaporated cane juice) is still sugar to your body and while it retains more minerals than refined, you’d have to eat an awful lot to get the health benefits.

So we’re not going to pretend this sugar has a health halo but we've sourced certified organic cane sugar that has been naturally evaporated and that’s worth it. And while many companies mention proudly how much sugar they go through in a year, we’re proud of how little we use. *Certified organic 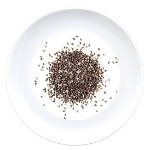 These organic seeds are nature's way of packing a powerhouse of nutrition into one tiny little package. Chia seeds are full of fibre and protein, including all of the essential amino acids and are the highest plant source of Omega 3 fatty acids. *Certified organic 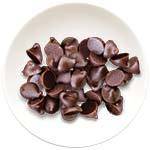 Manufactured in Canada by a world-renowned chocolate company, our delicious 51% cocoa mini chocolate chips use organic evaporated cane sugar so are not only allergy friendly but vegan too! 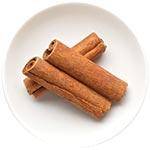 Cinnamon has a long history as a medicine but we love our certified organic cinnamon best for the deliciousness it adds to many of our products. *Certified organic 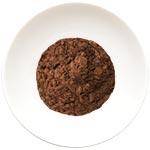 This is a rich, organic and natural (non-alkalized) cocoa that imparts deep flavor in our double chocolate chip granola bars and chocolate cacao protein bars. And because it's manufactured in a cocoa-only facility, you get peace of mind. *Certified organic and fair trade. 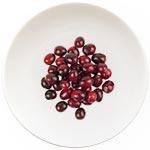 You'll find these tasty dried cranberry pieces in our Blueberries and Cranberries oatmeal and Red Berry granola bars. Without any added sugar, they add a splash of colour along with their tart and tangy taste. 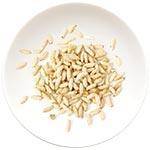 Certified gluten free, this puffed crisp rice puts the crunch in our granolas and bars. With no other ingredients besides brown rice, this crisp rice is 100% whole grain. 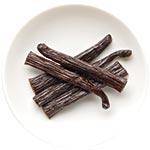 You’ll see natural flavours in our products only when indicated both on the product name (i.e. blueberry maple granola) and in the ingredient list as “natural flavour”. Flavours are used sparingly in our granolas and in our plant based protein bars. 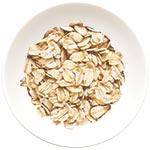 Not just any whole grain oat gets chosen to be in Libre Naturals’ products. We've chosen MGM Seed and Grain as our supplier. They're located on the nutrient rich Canadian prairies and control all aspects of oat production to ensure that the oats are not cross contaminated with the gluten containing grains of wheat, barley, rye and their relatives. This rigorously controlled process is called "The Purity Protocol". While we don't normally disclose the names of our suppliers, in this case we do so that you can see for yourself the difference the Purity Protocol makes for gluten free oats. Watch the video from MGM that walks you through every step of the Purity Protocol that they follow.

MGM has also banned the use of the chemical glyphosate for all of their growers and those growers must sign agreements adhering to this ban.

Once we get the oats from MGM, our Quality Assurance team then takes over. As of December 2012, we began testing our oats and random finished products for G12 in addition to gluten levels. The G12 test is based on science that says some Celiacs react to pure oats not because of gluten grains contamination but because certain varieties of pure oats are not suitable for a small percentage of Celiacs. Scientists were able to isolate the portion of the oat DNA chain that caused this reaction which they named G12. So we now also test for G12, eliminating those varieties of oats that are known to cause reactions for some Celiacs.

Once cleared by our Quality Assurance team, they are now ready to be used in our dedicated gluten free and allergy friendly facility. 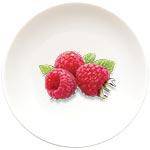 Nothing but unsweetened dried raspberries are in the 100% raspberry powder that helps gives our red berry granola bars a distinctive pink colour and amazing berry taste. 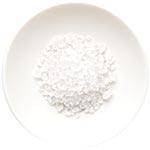 Sea salt is produced by evaporating and purifying ocean water as opposed to table salt which is mined and often has added iodine. Our salt does not contain any additives to keep it free flowing. 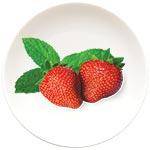 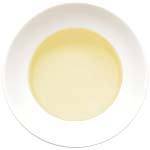 Sunflower oil is well-regarded as heart healthy oil because of it is low in saturated fats and one of the best sources of Vitamin E. This oil is refined which some allergists allow for sunflower allergic individuals. 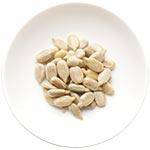 Our sunflower seeds are grown and milled for us in Canada. Sunflower seeds have monosaturated fats which are known to be heart healthy. And as a great source of Vitamin E plus protein, a little goes a long way in helping your tummy feel full longer.

OTHER INGREDIENTS PRESENT IN OUR FACILITY

Because we do some private label manufacturing for other companies, you won't see the following in our own products but they are being used in our facility: